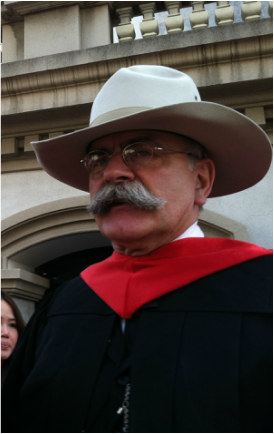 UNSOLICITED PRESS published the collection An Atlas of the Interior in 2017.

Gambling the Aisle published "Dog Proof" as Flash Fiction of the Month for December 2017.

The Virginia Normal published “Snare Pen” and a version of “May” in Issue 3 (Spring 2017).

Haiku Presence published a version of “Landscape with Clouds” in Issue #55 (2016).

The Virginia Normal (forthcoming) published “Snare Pen” and a version of “May” in Issue 3 (Spring, 2017).

Every Writer published a version of “Atokad Park: 1983” in Everyday Poems for May 2, 2014, and in the online edition of the journal.

Flashquake published a version of "Crossing" under the title “River: Soliloquy 2” (Spring, 2009).

Haibun Today published the following works:
Hitherto: The MUIC Literary Journal published a version of “Elegy with the key in the ignition” under the title “Elegy” and “Other Days” in Issue 5 (Spring, 2014). Hitherto is the online literary journal of Mahidol University International College in Bangkok, Thailand. In 2013, “Elegy” was a finalist for the $1000 Provincetown OuterMost Community Radio Poetry Award judged by Marge Piercy.

Ohio Edit, an art and literary journal on the internet, published “Custodes Caelestes” and “Along the North Platte” (October, 2014).

Right Hand Pointing published the following works:
Shamrock Haiku Journal published “At a Station of the BTS” in Issue 29 (Fall, 2014).

Southwest American Literature, the literary magazine of The Center for the Study of the Southwest at Texas State University, San Marcos, published versions of "Monument" (under the title "River: 13”) and “Desert Lyric” (Spring, 2010).

Upstart: A Journal of English Renaissance Studies at Clemson University published “Wat Mahatat” in in the anthology Out of Sequence: The Sonnets Remixed (August, 2014).

Verdad: A Journal of Art and Literature published “Wilderness” in Volume 8 (Spring, 2010).

Word, the quarterly magazine of the University of California at Santa Barbara, published "Winter Fort" under the title "River 16: Winter Fort" (Fall, 2011).